Founder of One Thing Marketing

Everyone reading this has probably known at least one person they called “Dan the Man.” But after meeting this Dan – Dan Skaggs, Owner of One Thing Marketing – we’re convinced this might really be “Dan THE Man.”

Dan has been building websites and sharing his SEO expertise (that’s Search Engine Optimization if you didn’t know, and it’s what makes websites appear at the top of search results on sites like Google) for over 12 years. A lot of changes have come to the world of SEO in that time, but many of Dan’s first clients are still working within the original framework he built for them back in his early days. And they’re still getting great results. “They’re doing so well we haven’t had to do any new work for them! It’s both a blessing and a curse!” jokes Brittany Murphy, Marketing Director for One Thing Marketing.

Thoughtful, focused, process-oriented, and driven, Dan’s favorite working moments are those when he sees his hard work pay off for clients. “Looking at the tracking and reports and seeing that we have been able to help a business increase their incoming calls – sometimes by over 500% – makes him, and all of us, so proud of what we do,” said Murphy.

Dan was born and raised in Louisville and earned his Bachelor of Science degree in Business Management from the University of Louisville. He enjoys playing softball with friends and taking Charlie (the official security guard[dog] of One Thing Marketing) on walks to patrol the neighborhood. Whether or not these walks take place after Dan has exercised his superpower (which, according to an unnamed source, is eating an entire large pizza by himself without looking like he’s pregnant) we’re not sure.

We asked if there was something Dan was especially proud of, and he told us that starting a successful SEO company that’s now nationally recognized as a top SEO Agency by Clutch.co felt pretty great. We have a feeling that feels pretty great for Dan’s clients too.

As a Marketing Director pro in Louisville, KY, Brittany spends her days visiting with clients and attending networking events, all while keeping the rest of us in line at the office. Fully-equipped with her signature water jug, she is always prepared for whatever clients may throw her way. Especially if it’s a volleyball. 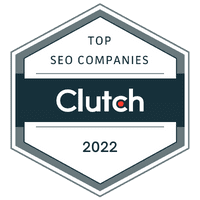